What is mild steel?

What is mild steel?

Mild Steel (Mild steel seamless pipe) is carbon steel with a carbon content of less than 0.25%. It is also called mild steel because of its low strength, low hardness and softness. It includes most ordinary carbon structural steel and some high-quality carbon structural steel, most of which are used for engineering structural parts without heat treatment, and some are used for mechanical parts requiring wear resistance after carburizing and other heat treatment. 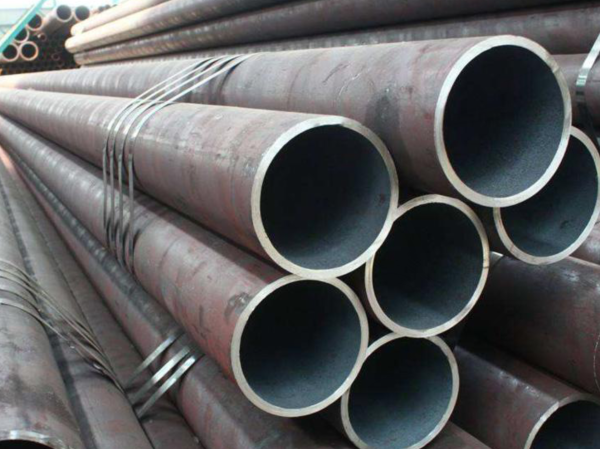 The annealed structure of low carbon steel is ferrite and a small amount of pearlite, its strength and hardness are low, and its plasticity and toughness are good. Therefore, its cold formability is good, and cold forming can be carried out by methods such as hemming, bending, and stamping. This steel also has good weldability. Low carbon steel generally refers to steel with a carbon content between 0.10 and 0.25%. This type of steel has low hardness and good plasticity, which is convenient for cold plastic deformation forming process, welding and cutting, and is often used in the manufacture of chains, rivets, bolts, shafts, etc. Low carbon steel with very low carbon content has low hardness and poor machinability, and normalizing treatment can improve its machinability.

Mild steel has a large aging tendency, both quenching aging tendency and deformation aging tendency. When the steel is rapidly cooled from a high temperature, the carbon and nitrogen in the ferrite are in a supersaturated state, and it can also slowly form iron carbonitride at room temperature, so the strength and hardness of the steel increase, while the ductility and toughness decrease. This phenomenon is called quench aging. Low carbon steel will age even if it is not quenched and air cooled.

Deformation aging is more harmful to the plasticity and toughness of low carbon steel than quenching aging, and there are two obvious upper and lower yield points on the tensile curve of low carbon steel. From the appearance of the upper yield point until the end of the yield extension, a surface wrinkle band formed by uneven deformation on the surface of the sample, called the Ludes band. Many stamping parts are often scrapped because of this. There are two ways to prevent it. A high pre-deformation method, the pre-deformed steel will also produce Lüders strips during stamping after being placed for a period of time, so the pre-deformed steel should not be placed for too long before stamping. The other is to add aluminum or titanium to the steel to form a stable compound with nitrogen to prevent the deformation and aging caused by the formation of Coriolis aerosols.