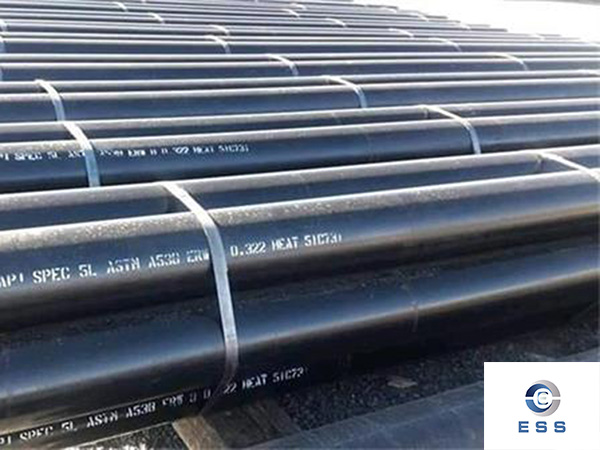 1) For pipes directly buried in the floor surface and in the wall, the hydraulic test must be carried out before pouring and sealing, and the construction can only continue after the pressure test is passed.
2) For the pipes connected by heat fusion, the hydrostatic test must be carried out 24 hours after the pipes are connected.
3) The hydrostatic test shall meet the following requirements:
①The hydrostatic test should be carried out in sections, and the total length of the test pipe section should not exceed 500m;
②Before the test, the pipeline should be fixed, the joints should be exposed, and the water distribution equipment should not be connected;
③The pressure gauge is installed at the lowest point of the test pipe section, and the pressure accuracy is 0.01MPa;
④ Slowly fill the pipe with water from the lowest point of the pipe section, fully remove the air in the pipe, and conduct a watertightness test;
⑤ Slowly increase the pressure of the pipeline, the pressure increase should be done manually, and the pressure increase time should not be less than 10 minutes;
⑥After increasing the pressure to the specified test pressure, stabilize the pressure for 1 hour, and the pressure drop shall not exceed 0.06MPa;
⑦Under the state of 1~1.5 times of the working pressure, the pressure is stabilized for 2 hours, and the pressure drop exceeds 0.03MPa;
⑧ During the test, there must be no leakage at each joint;
⑨ Allow two supplementary pressures within 30 minutes to rise to the specified test pressure.
⑩After passing the hydraulic test, connect the pipe end to the water distribution parts, supply water at the design working pressure of the pipe network, and open the water distribution parts in batches at the same time, so that the water from each water distribution point is smooth.

1) Put the clamp on the lower end of the socket, loosen the bolt to put down the clamp, lock the rubber ring firmly, and then turn down the upper part of the rubber ring. During installation, two people should cooperate up and down, one on the upper floor, and the other on the upper floor. Set a rope head in the pipe hole, another person fastens the upper part of the prefabricated riser, pull up and down to insert the lower part of the standpipe into the lower rubber ring, turn back the rubber ring, put on the clamp, and rotate Tighten the bolts.
2) When tightening the bolts, the rubber ring should be evenly stressed, and the two bolts should be tightened at the same time. Do not tighten too tightly at one time, but tighten them one by one.
3) The opening of the pipe installation should be sealed at the mouth of the pipe to prevent debris from entering and blocking the pipe.
4) The inspection hole spacing on the rainwater pipe shall be carried out in accordance with the requirements of the specification.


Key parts of the installation project


(1) Layout of the basement

The layout of the basement is a relatively important part. There are often places with large areas such as garages and passages, and generally there is no ceiling, and the installed pipelines and ends are directly exposed on the surface. There are often more equipment at the end of the pipeline, including ventilation and air conditioning systems, electrical lighting systems, fire sprinkler systems, water supply and drainage systems, communication and broadcasting systems, TV monitoring systems, fire alarm systems, etc. In addition, the structure of the basement is changeable: such as strip, arc, polygon and so on. During engineering inspection, the basement is a must-see part, and its layout becomes the focus of basement planning, which must be effectively arranged in sequence according to the order of types of work. The general order of consideration is: wind (air conditioning duct, smoke exhaust duct), water (water supply and drainage, fire protection, air conditioning water), electricity (strong electricity, weak electricity). In many places where joint support can be considered, combined support and hangers can be used after considering some spacing requirements stipulated in the code. The design of the combined support and hanger should consider the load calculation so as not to affect the safety.

In addition, the paint, insulation layer, fireproof coating and the color of the coating should be properly matched, and the configuration of various pipeline marks will play a big role in the overall appearance. Therefore, it is necessary to consider systematically and not to go their own way

Various machine rooms, such as air conditioners, water pump rooms, boiler rooms, power distribution rooms, intelligent control rooms, etc., are the parts that can best reflect the level of technology. Whether the layout of various pipelines and equipment is reasonable and orderly will directly affect the operation of the equipment, the normal function of the equipment, the level of installation technology, and the visual effect. In addition, it must cooperate and plan together with the civil structure and decoration. The safety and rationality of the installation of various supports and hangers, the aesthetics and rationality of the process pipeline direction, must not appear to affect the function for the sake of appearance. It is necessary to consider the coordination between the elevation and orientation of the equipment and the layout of the pipeline, which not only meets the functional requirements, but also meets the aesthetic requirements. The colors of various paints, insulation layers, coatings, and the colors and signs of various pipeline equipment will undoubtedly have a great impact on the perception effect, and attention must also be paid to planning

The cable shafts and tube wells of each floor are the key inspection objects during spot checks. In addition to the civil construction that should be done in place according to its regulations, the layout and construction of the installation project is also very important. Bridges, cables, distribution boxes, busbars, lamps, pipes, and valves should be arranged neatly and orderly, and should be planned before construction. According to the space size of each shaft, arrange them reasonably to form a construction drawing. The installation process of each layer is unified, so that it is safe and reliable, the process is perfect, and it is beautiful and durable.

At the end of the pipeline above the ceiling, in addition to being neat and orderly according to the layout requirements of the basement, and the brackets are set up reasonably, the coordination of the terminal equipment and the ceiling decoration is a very critical process. When installing pipelines, you should consider where the lamps, sprinklers, smoke temperature sensors, speakers, cameras and other electrical appliances protrude, so that when making the ceiling, they can be centered and aligned without damaging the ceiling keel. Some lamps also need to add hanging points to be safe and reliable.