What is the seamless black steel pipe used for?

Seamless black steel pipe has a variety of uses due to its strength and little maintenance. They are often used to deliver natural gas and water to rural and urban areas, or to protect power lines and pipes that carry high-pressure steam and air. In addition, black steel pipes are also used in the oil and petroleum industry to transport large quantities of oil through remote areas.

Steel pipes are produced by two different methods that end up in welded or seamless pipes. In both methods, crude steel is first cast into a more workable starting form. It is then made into pipes by stretching the steel into seamless tubes or pressing the edges together and sealing them with welds. The first methods of producing steel pipes were introduced in the early 1800s, and they have steadily evolved into today's modern processes. 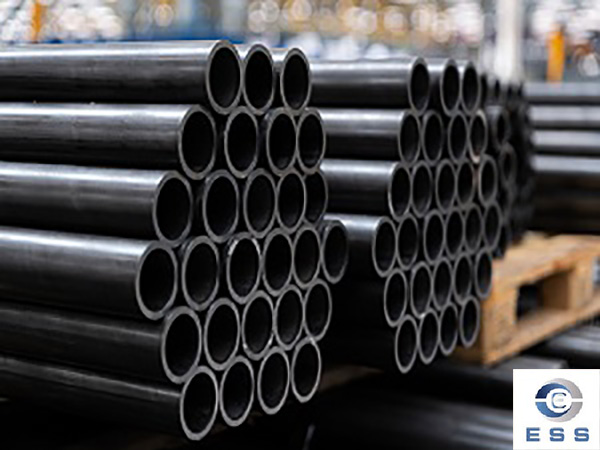 Millions of tons of steel pipes are produced every year. Its versatility makes it the most commonly used product in the steel industry. Steel pipes can be found in many places. Because they are strong, they are used underground to transport water and gas throughout towns. They are also used in construction to protect electrical wiring. The interesting thing about steel pipes is that they are strong and light. This makes them ideal for use in bicycle frame manufacturing. Steel pipes can also be found in automobiles, refrigeration units, heating and plumbing systems, flagpoles, street lights, and pharmaceuticals, to name a few. Pipes have been used for thousands of years. The earliest use may have been for ancient agronomists to channel water from rivers and streams into fields. It has also been suggested that as early as 2000 BC, the Chinese used reed pipes to transport water to desired locations.


The development of modern welded steel pipes dates back to the early 1800s. In 1815, William Murdoch invented the coal-burning lamp system. To get the lights all over the city of London, Murdoch used discarded muskets to hold barrels together and run the gas through this continuous pipe. When his lighting system proved to be a success, the need for long metal tubes was even greater. In order to produce enough pipe to meet this demand, many inventors set out to develop new pipe-making processes. In 1824, James Russell patented an early and well-known method of producing metal pipes quickly and cheaply. In this method, he made the tube by joining the opposite edges of flat iron bars together. The metal is first heated until it is ductile. The edges are then folded together and welded using a drop hammer. The pipes are finished with grooves and mills. However, Russell's method was not used for long, as over the next year Comenius Whitehouse developed a better method for making metal pipes. His process, called the butt welding process, is the basis of today's pipe-making procedures. In this method, thin iron sheets are heated and pulled through a tapered opening. As the metal passes through the opening, its edges curl and form a tube. Weld the ends together to complete the pipe.


Welded pipes are formed by passing a steel strip through a series of grooved rollers to shape the material into a circular shape. Next, the unwelded pipe is passed through the welding electrode. These devices seal the two ends of the pipe together. The American craft started in Philadelphia in 1832. Gradually, there were some improvements to the Whitehouse method. One of the most important innovations was introduced by John Moon in 1911. He proposed the continuous process method, in which a manufacturing plant could produce pipes in a constant stream. He built the machine for this specific purpose, and many pipe-making facilities have adopted it. While the welded pipe process was being developed, the demand for seamless metal pipes arose. Seamless pipes are those pipes that have no welds. They are first made by drilling a hole in the center of a solid cylinder. This method was developed in the late 1800s.


These types of pipes are great for bicycle frames because they have thin walls and are lightweight yet strong. In 1895, the first factory for the production of seamless pipes was built. As bicycle manufacturing gives way to automobile manufacturing, gasoline and oil pipelines still need to be seamless. This need becomes greater as larger oil reserves are discovered.


As early as 1840, steelworkers could produce seamless pipes. In one method, a hole is drilled through a solid metal round blank. The billet is then heated and drawn through a series of dies that elongate it to form the tube. This method is inefficient because it is difficult to drill holes in the center. This results in an uneven pipe, with one side being thicker than the other. In 1888, an improved method was patented. In this process, solid slabs are cast around the fire-resistant brick core. After cooling, remove the bricks, leaving a hole in the middle. Since then, new roller technologies have replaced these methods.